A Crafty Student Gets Sweet Revenge on an Overly Strict Teacher

Scroll For Article Below Advertisement

Everyone can probably name one teacher that they never got on with, and no matter what they did, it was never the right thing.

One Redditor tells the story of dealing with a teacher who went out of her way to make his life a living hell, until he decided to get back at her. He’s a teacher himself now and seems to have learned the right way to go about relating to the kids in his class.

His teacher was young and probably on one of her first jobs. She may have had some insecurities that presented themselves in a not-so-healthy way. 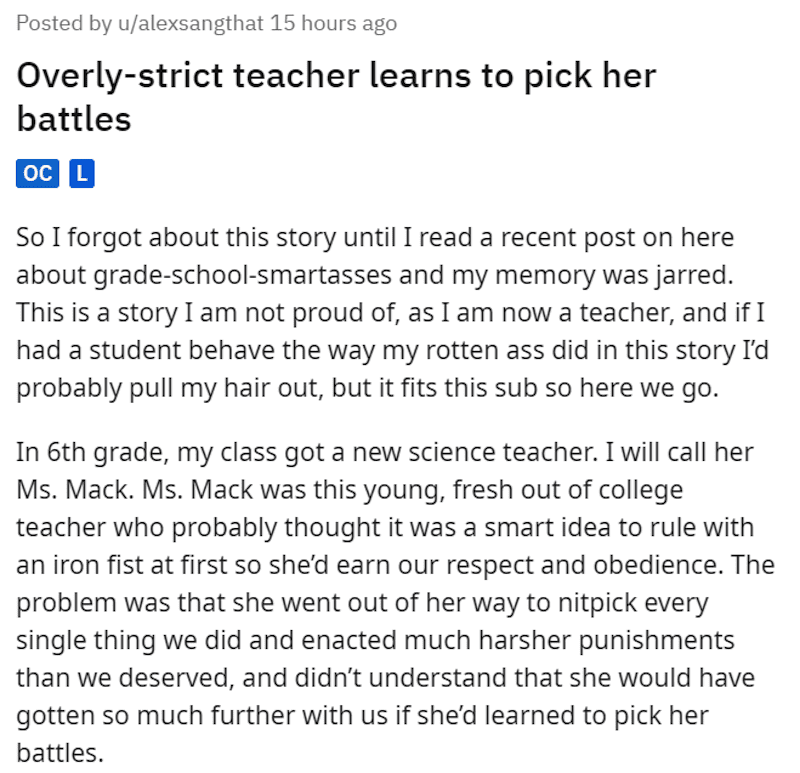 Her rules were over the top and, to the kids and anyone else that may have entered the room, kind of random. 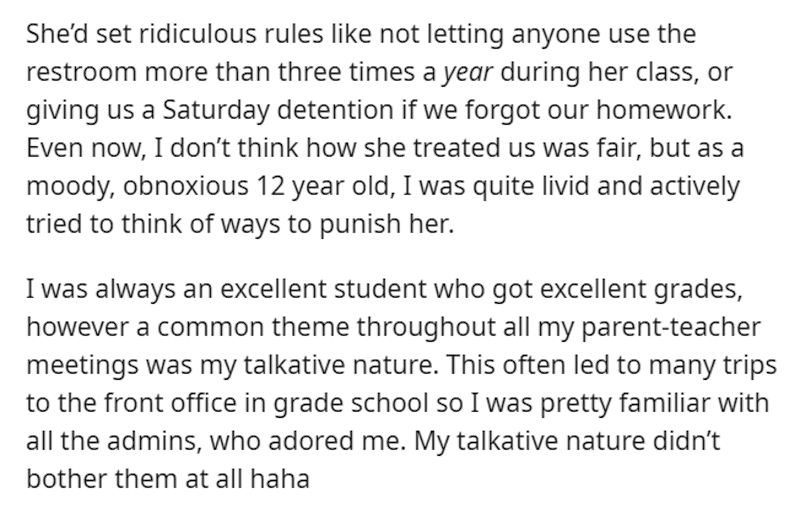 The Redditor was a talker, and this was not to bode well in her class, even when he wasn’t at fault. 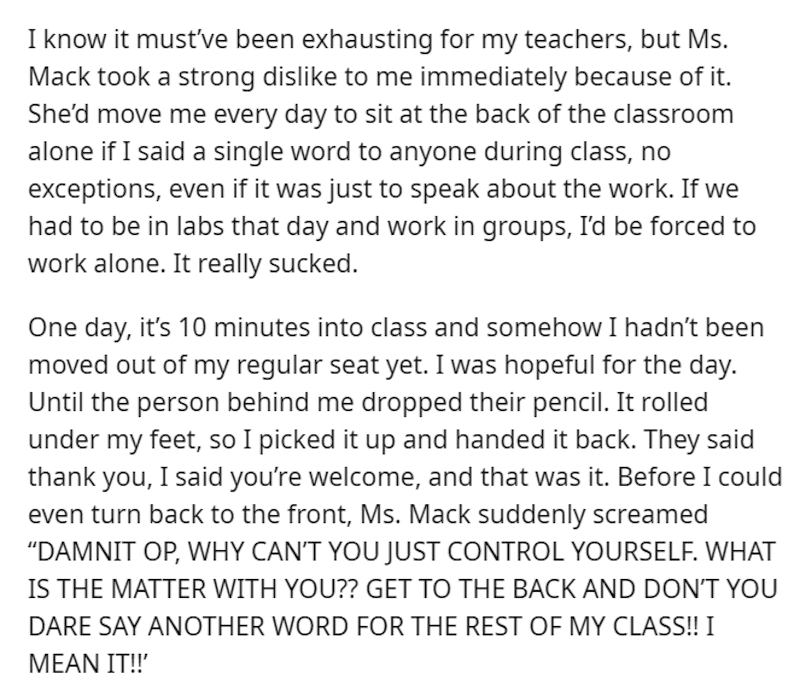 He figured he would never win favor with her, so he just stonewalled her from that moment on. This would only last until the moment she was being reviewed by an admin. 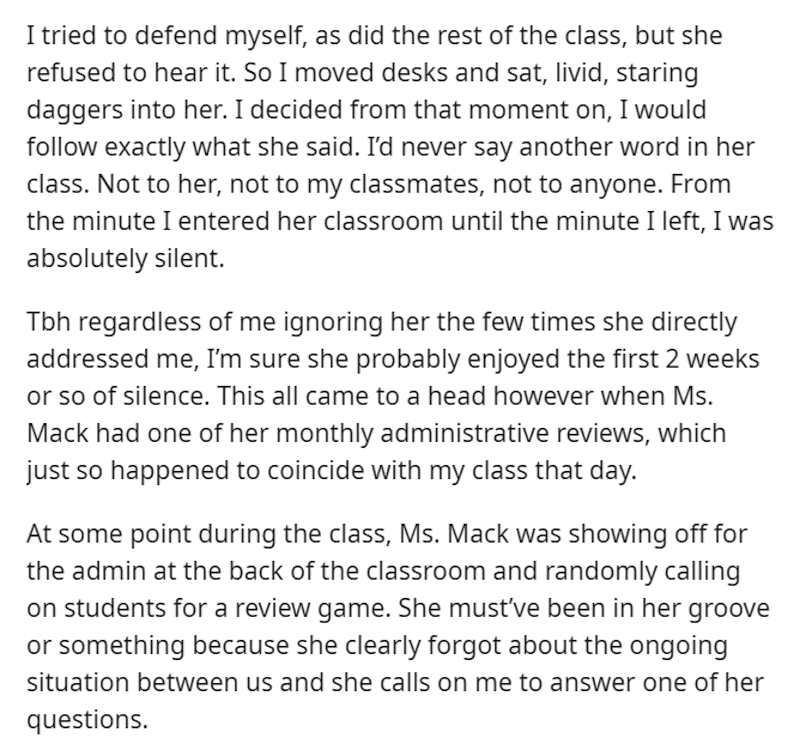 The admin knew the student and would become aware that this wasn’t his usual behavior. When asked, he revealed the truth. 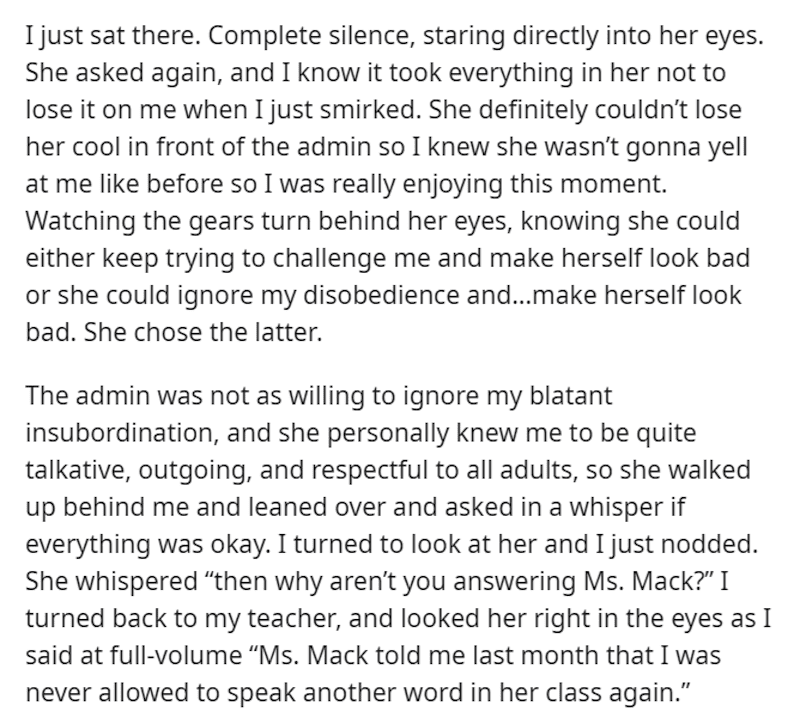 The admin took it upon herself to correct the situation, and he was left alone for the rest of the year. 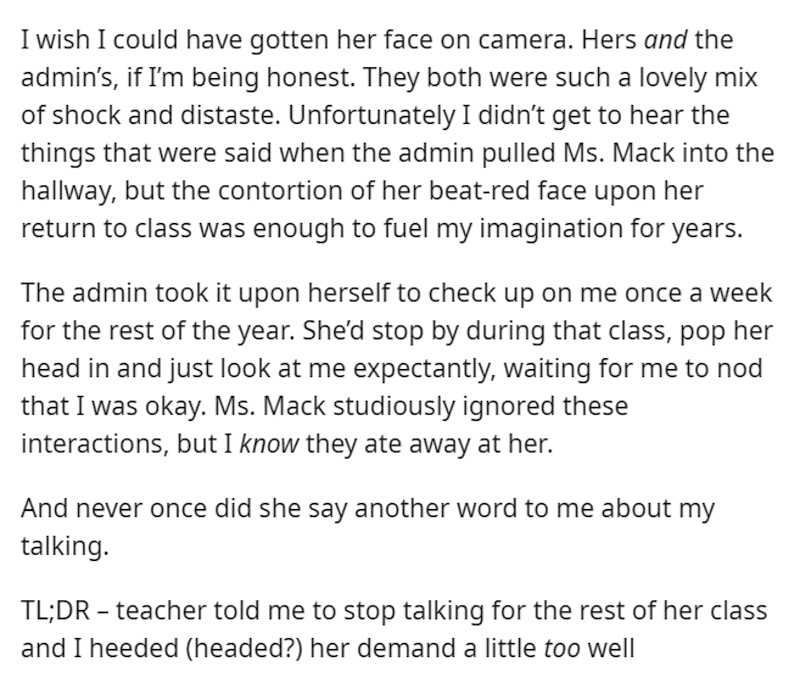 He later added that the whole experience damaged his self-esteem, but made him cognizant of who he wanted to be. 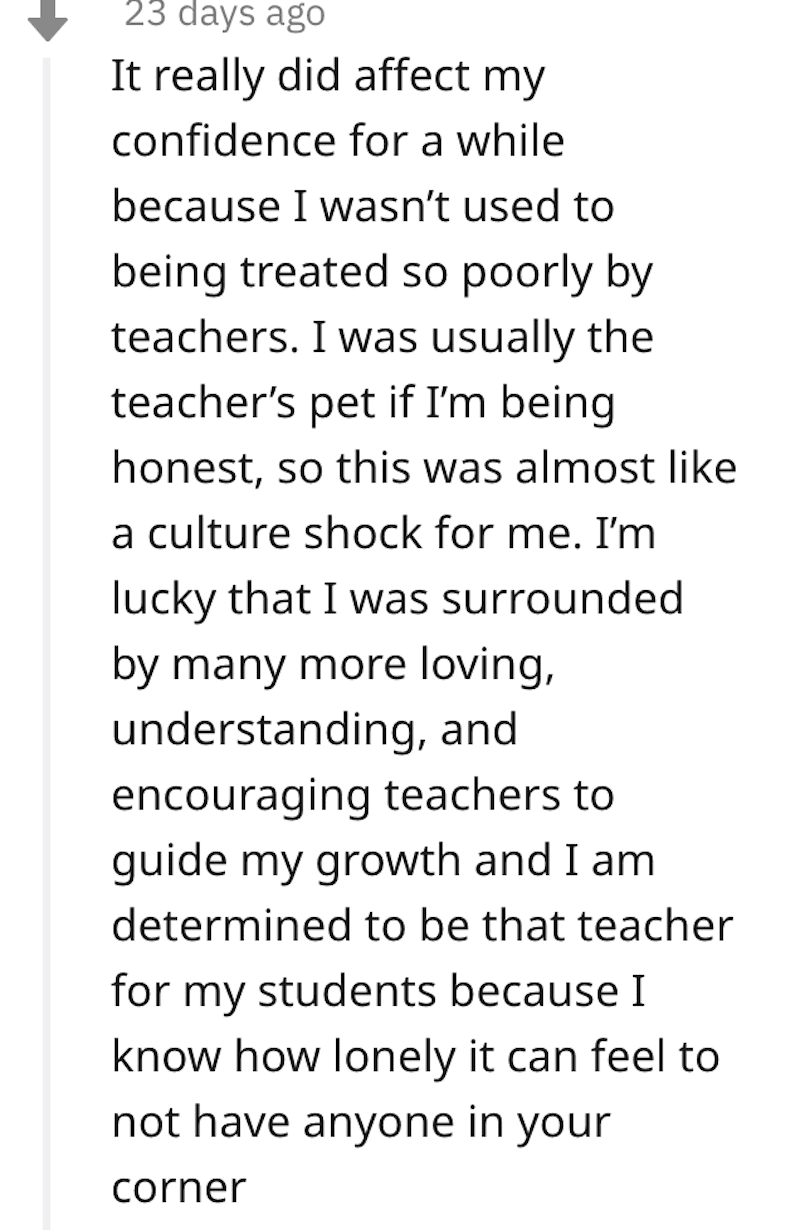 Readers said he did the right thing and that he was, in fact, bullied. 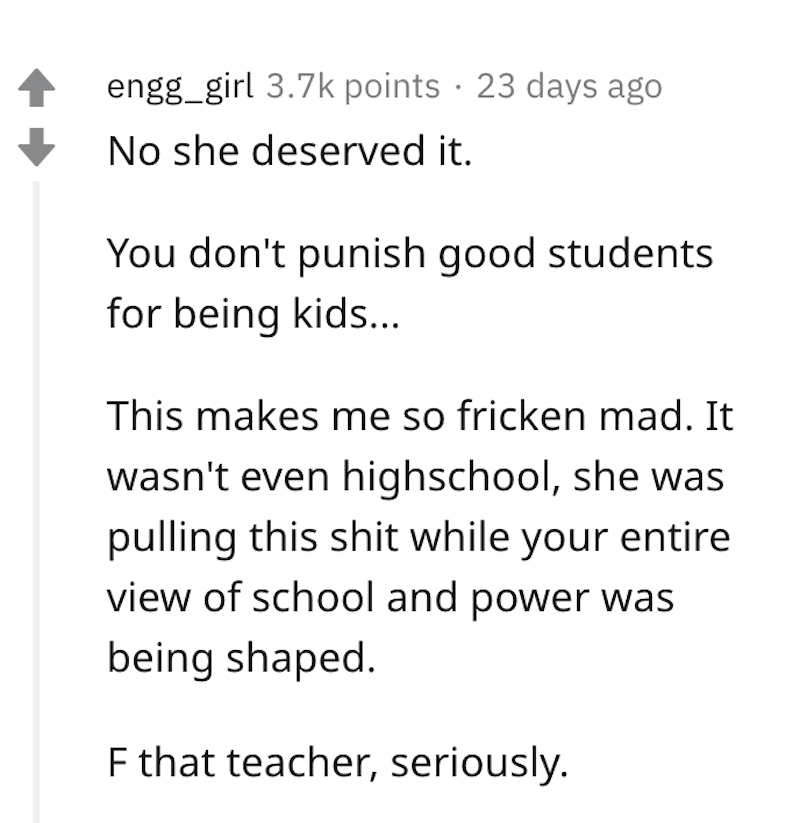 Others shared their own experiences of hostility in the classroom. 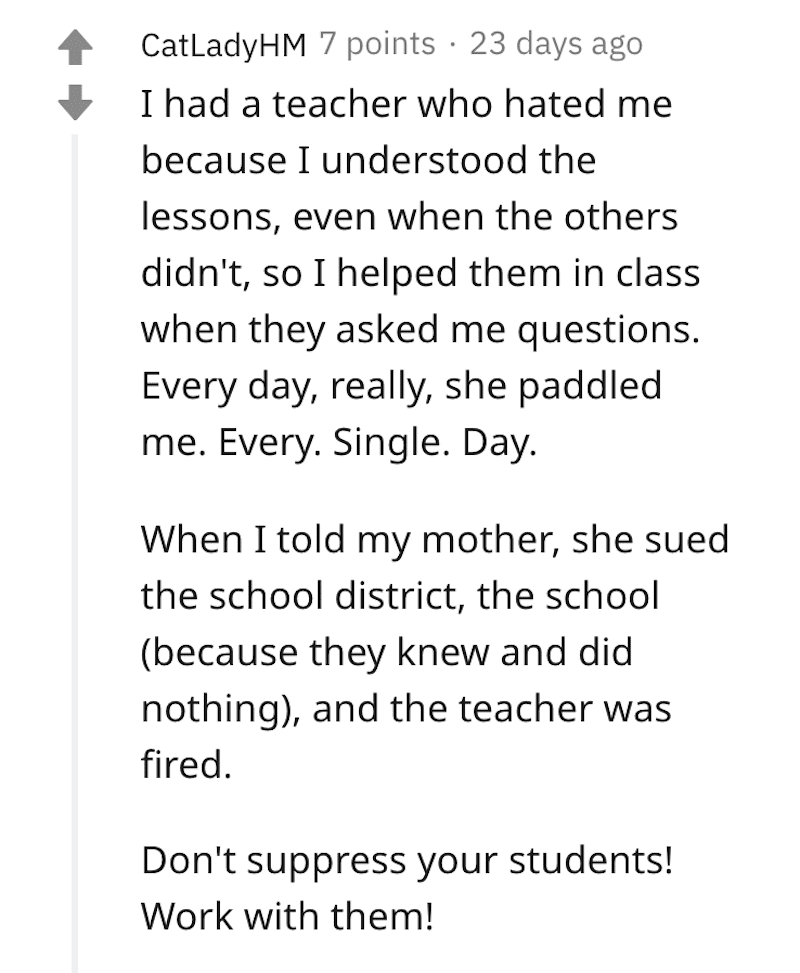 Have you ever been bullied by a teacher? Let us know in the comments below!