The Real Culprit Behind the Salem Witch Trials Could Have Been… Fungus?

The Salem Witch Trials took place in Massachusetts between February 1692 and May 1693. More than two hundred people were accused of being witches, and 30 of them were found guilty.

There are a lot of theories about how the trials came to be in the first place. The people accused of practicing witchcraft were mostly teenage girls.

One theory that holds a bit of weight is that the water in Salem might have been tainted by a fungus called Ergot… and it sounds like the effects would have been pretty scary.

Some people believe that everyone involved had come into contact with the fungus, and other theories posit that only the people who had been accused had.

Either way, the results were scary, and resulted in mass loss of life in the town. 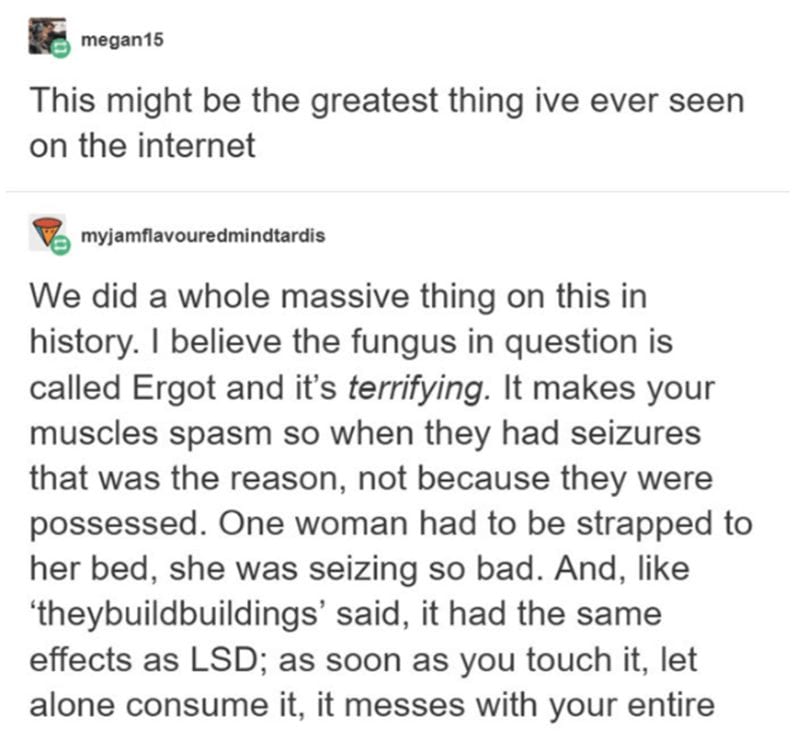 If you’re thinking it would be kind of fun to try the fungus think again: you always have an experience akin to a really bad trip. 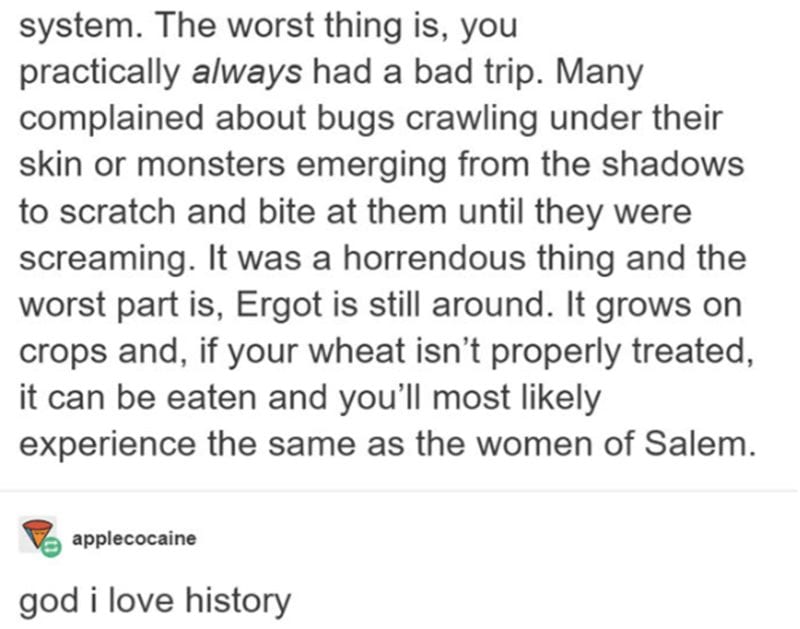 One person added a correction: the water didn’t have the fungus, but their bread did.

Members of the clergy usually ate better bread than anyone else, which could explain why they aren’t affected. 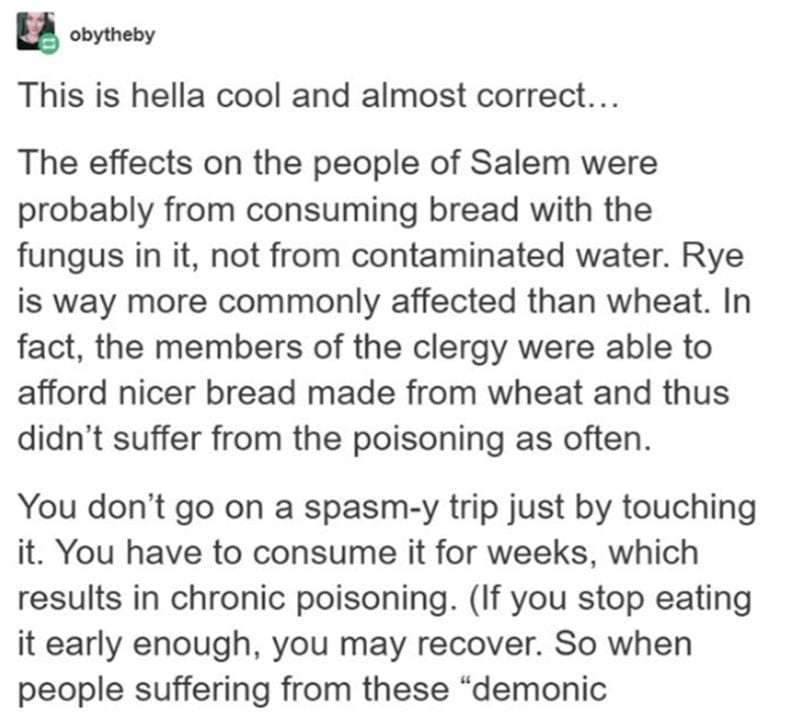 If people were able to eat better bread, say, by taking refuge in a church, they would appear to be “healed.” 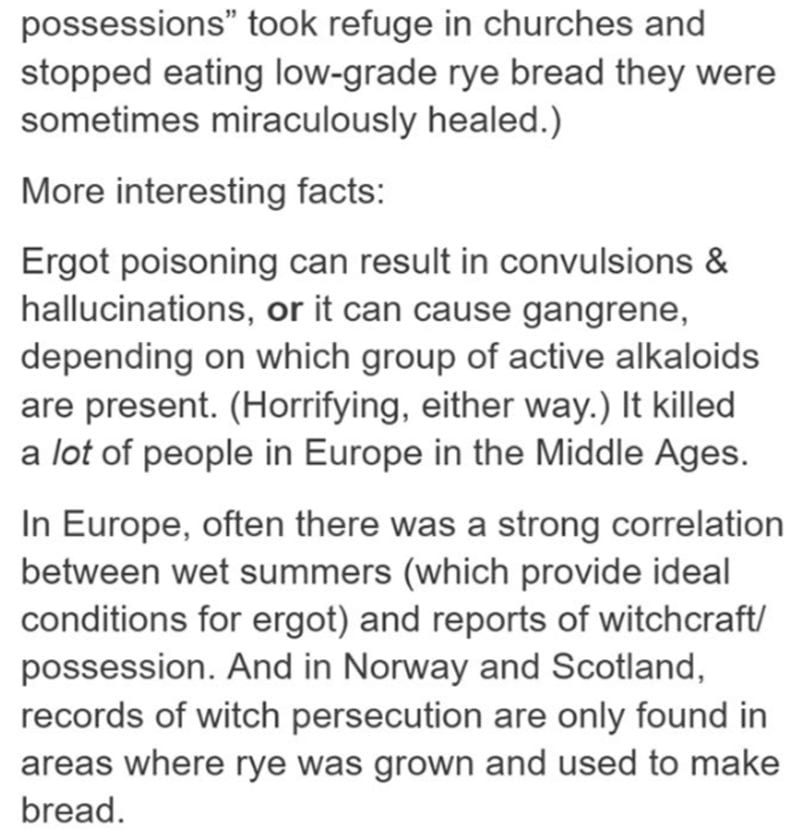 It’s even possible that Beowulf translates to barley-wolf, which is all kinds of interesting in this context. 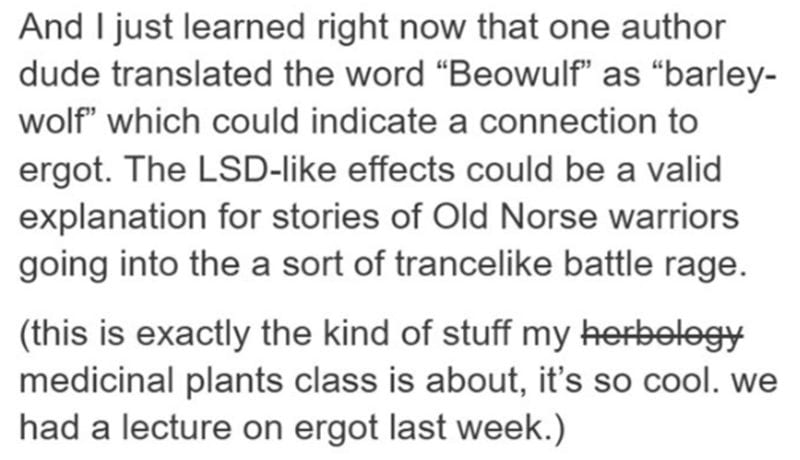 Isn’t that story pretty wild? It’s fascinating to think that the existence of the witch trials really could have come down to what kind of bread someone ate.

Which part of this story really surprised you? Let us know in the comments!