Have you ever seen one of those online conversations that you just know is going to turn into a big mess?

That’s exactly what this conversation is like. One woman decided to let Tumblr know that vegans can eat fish because she doesn’t believe that fish are animals.

As you can imagine, this set off a veritable firestorm of debate.

It starts off with a bang: why are all these vegans eating salmon? Veganism is a lifestyle choice that requires adoptees to avoid animal products in every part of their life, whenever possible. 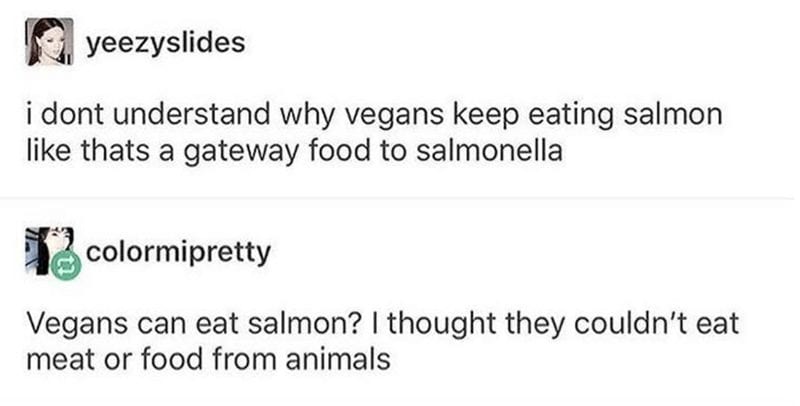 The first person correctly pointed out that vegans probably aren’t eating salmon… since fish are animals.

But the original commenter decides to double down. 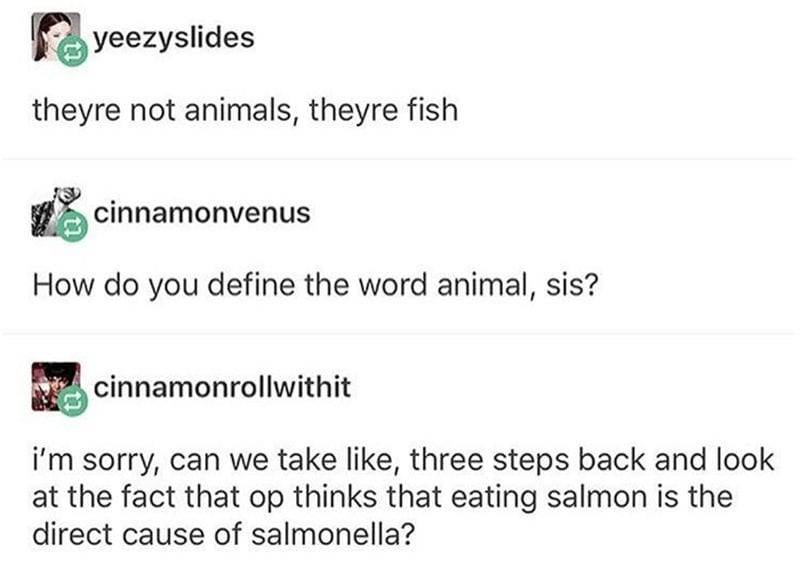 It’s helpful that another person pointed out that also… eating salmon doesn’t inherently give you salmonella.

One person seems to believe that maybe the woman had her lifestyle choice words wrong. Perhaps she meant pescatarian?

The original poster is uninterested in debating the actual term, because she is way more focused on proving her erroneous beliefs about fish. 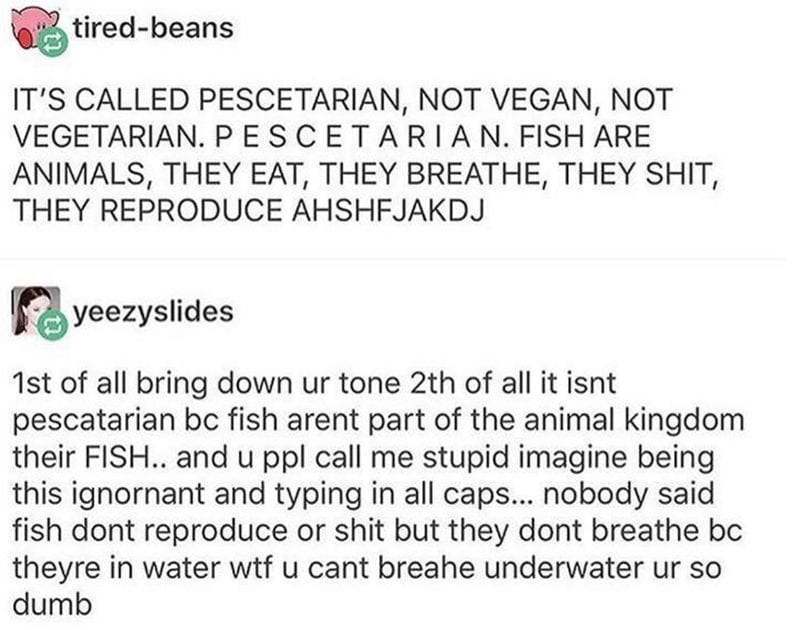 Unfortunately for her, the actual definition of fish literally includes the word animal. 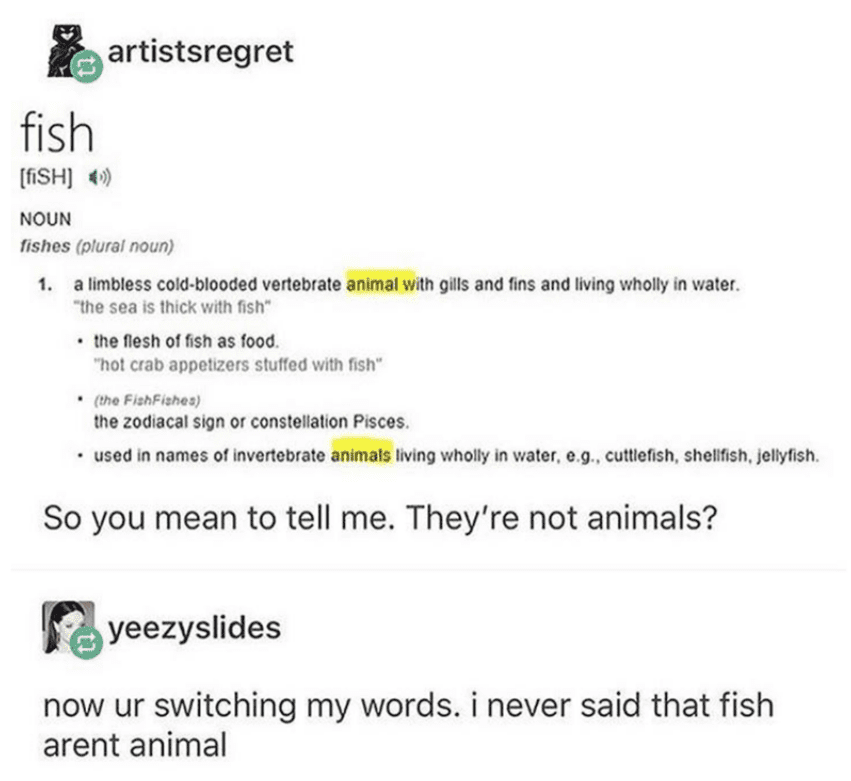 She doesn’t just deny it once, either: she keeps going as if everyone can’t scroll up and see exactly what she wrote. 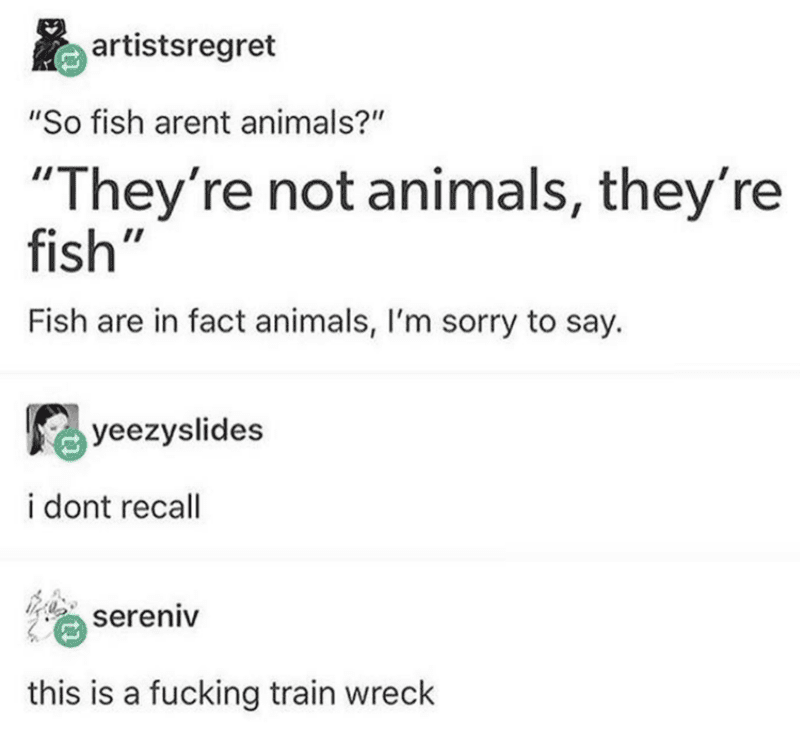 Can you believe the audacity of this woman to deny her own blatant misinformation? It’s pretty galling.

What part of this story is your favorite? Make sure you let us know in the comments!